i
This website uses cookies to offer you the best user experience and to permanently improve our online services. By continuing to use this website you agree to the use of cookies.
About Us / History

Tore Andersson founded Westermo in a former carpentry shop in Västermo, Eskilstuna municipality, in Södermanland county, Sweden. The first ever product was called KM-1, a simple but elegant isolated line driver that made it possible to improve the distance for serial data communication from a few meters up to 18 kilometers. 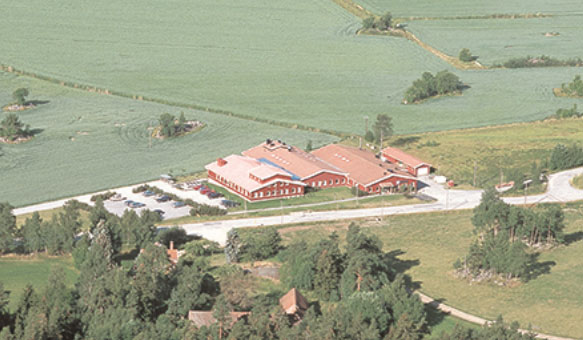 A new, larger, and more modern factory was built in Västermo. The company's main production facility remains at this location today, but the factory has been expanded and modernised many times over the years. 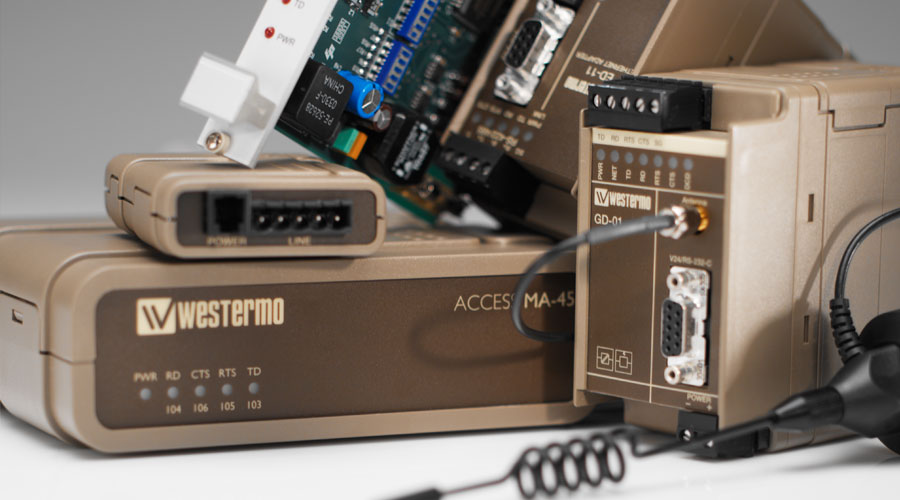 Over the next 20 years industrial data communications standards like 20 mA current Loop, RS-422 and RS-485 appeared and Westermo was always able to offer the most reliable isolated and protected solutions on the market. With much of this equipment mounted in industrial cabinets, Westermo were early to see the benefit of the DIN rail mount for its customers and introduced the first industrial data communications products to the market with an integral mounting clip. This clip, still used today, is designed into the case, making the mounting of the device both secure and easy. 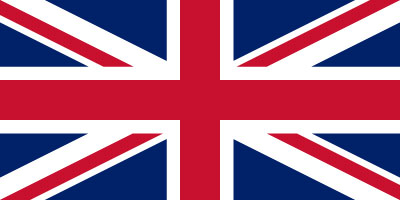 The first sales and support office outside Sweden opened in Southampton, United Kingdom. 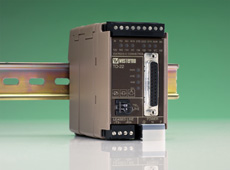 Westermo was again one of the first to market with products that supported the Ethernet standard for industrial applications. In 2000 Westermo launched the ED-10 to allow old serial protocols to be transmitted over Ethernet.

Westermo acquired, robust networking experts, OnTime Networks AS to give a boost to the managed Ethernet switch business. With this acquisition came technology like FRNT, allowing Westermo to offer the fastest healing ring networks available to industry. 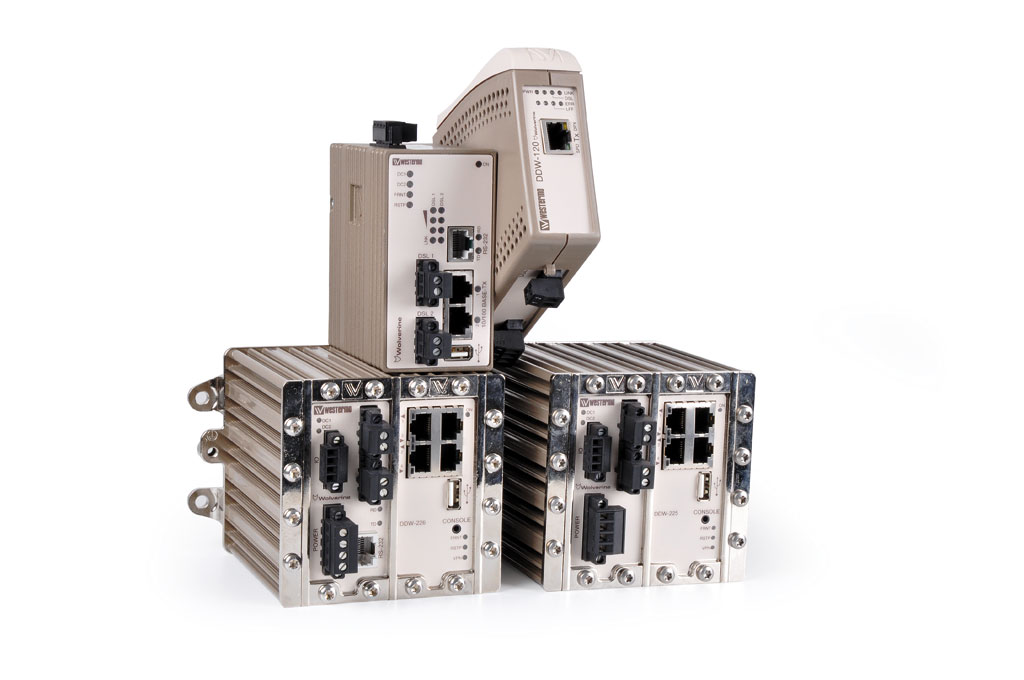 The next major innovation occurred when Westermo saw the potential in using SHDSL technology to allow industrial users to make Ethernet connections over long distance by reusing old cables. The Wolverine series was born, a revolutionary product capable of delivering huge savings in both time and cost for the customer. 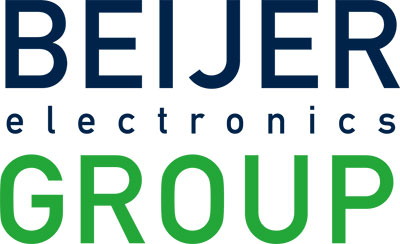 Beijer Electronics Group acquired Westermo and have since supported Westermo continuously with ever increasing investments allowing the company to develop and produce innovative products for the growing industrial Ethernet market.

Westermo recognised the benefit of having its own cross platform software solution for switches and the operating system WeOS was launched as well as a series of high performance industrial routing switches. 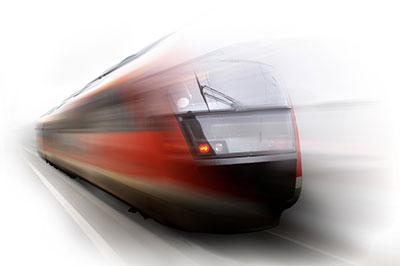 After several years of close collaboration with major companies within the train industry, the Westermo IP train solution was formed, and the new generation Viper EN50155 switches for building networks onboard trains was launched. Since then, Westermo has become one of world’s leading brands providing network solutions for the railway industry.

To meet the rapidly increasing demands on bandwidth in industrial applications, Westermo launched the RedFox product family. The RedFox is a series of 19" industrial Ethernet routing switches designed for high network traffic applications. 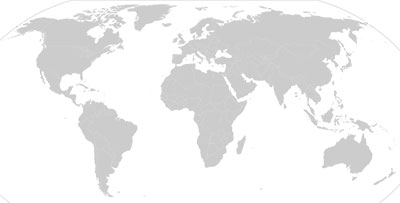 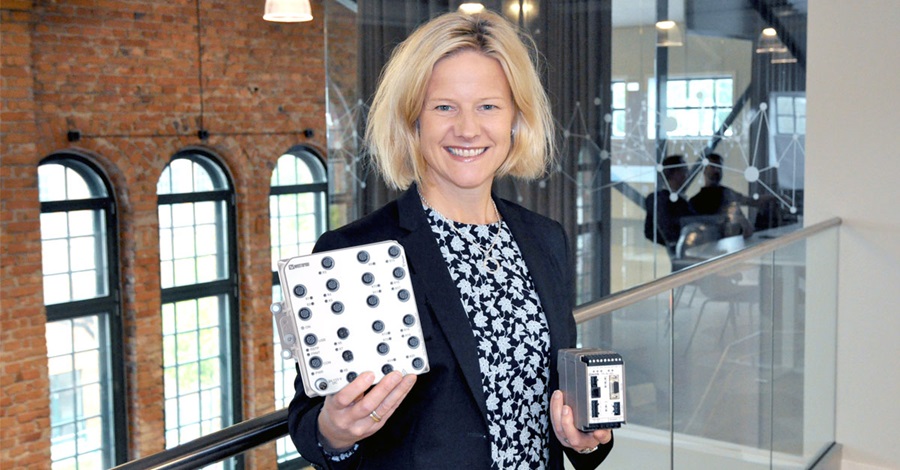 Jenny Sjödahl was appointed to the position of CEO for Westermo. This marked the start of several major changes, including a new focus on power distribution and the modernisation of Westermo's brand identity.

Westermo moved its main development unit to new larger premises in the historic industrial area ‘Kopparlunden’ in central Västerås. Today, the Westermo R&D office has one of Sweden's most prominent software testing laboratories with millions of automated tests being performed every year.

Westermo acquired the companies Neratec and Virtual Access and thereby expanded the knowledge and products around mobile and wireless data communication.

Westermo introduced a new graphic profile to better reflect the modern technology company it has become. The company logotype as well as the brown colour introduced over 40 years ago was updated.

Ask me about History